Ranked #1 for the number of students receiving 'need-based, first-dollar full-tuition scholarship', the IU 21st Century Scholars Program is proud to be recognized as the largest student support services program at any four-year public or private university in the State of Indiana. During the 2017-2018 academic year, more than $30.5 million scholarships were awarded to 3,101 scholars at Indiana University Bloomington (Indiana Commission for Higher Education, 2019). 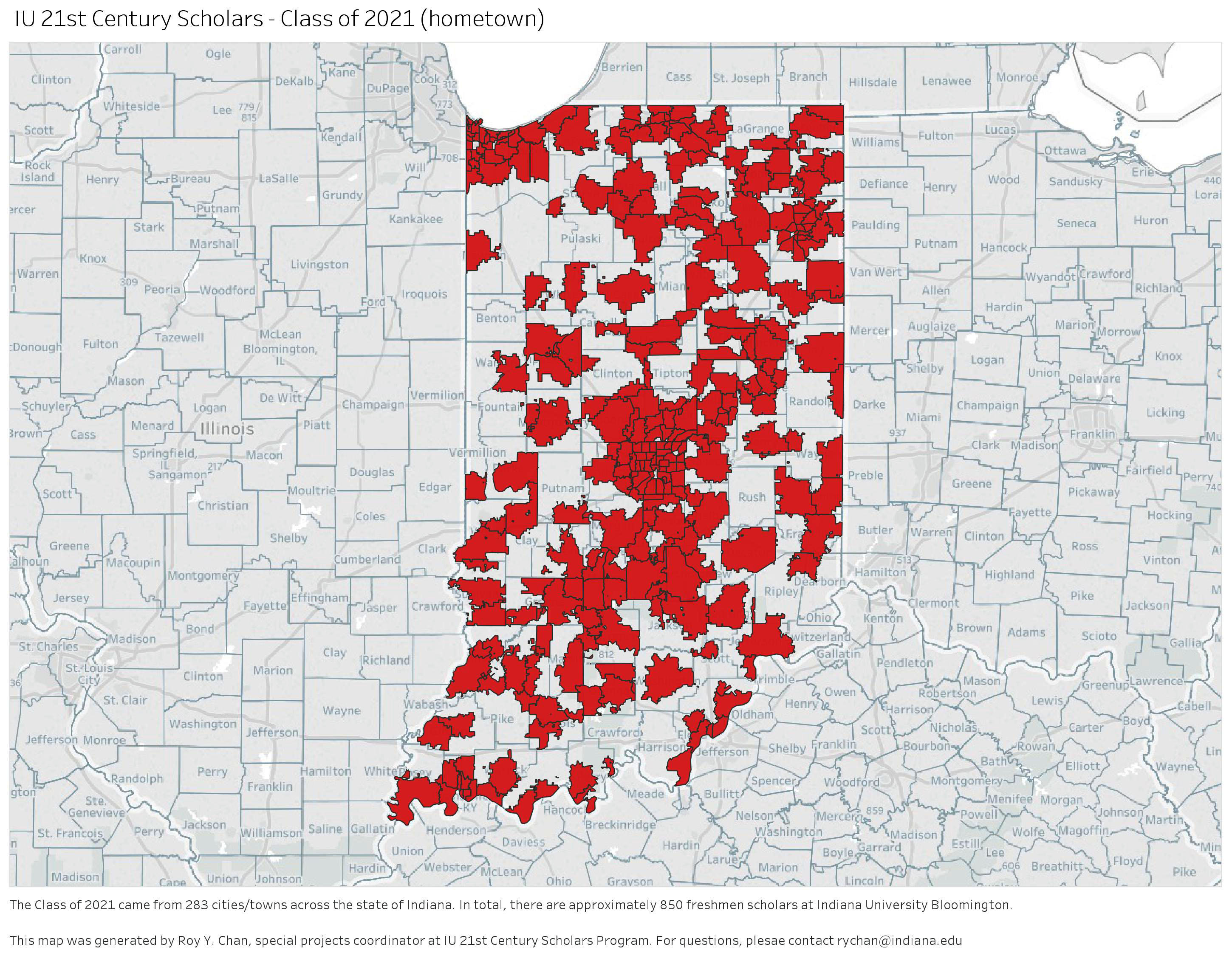 * Our Class of 2021 scholars came from 283 cities/towns across the state of Indiana (see above).

90%SCHOLARS RETURN BACK TO IUB AFTER FIRST-YEAR, FULL-TIME ENROLLMENT

60%ARE IDENTIFIED AS FEMALE SCHOLARS AT IUB

47%ARE FIRST-GENERATION SCHOLARS AT IUB

* The top five colleges our 21st Century Scholars pursue at Indiana University Bloomington are: 1) College of Arts & Sciences, 2) Kelley School of Business, 3) School of Public Health, 4) School of Public and Environmental Affairs (SPEA), and 5) School of Informatics, Computing, and Engineering.

* More than 500 scholars graduated from Indiana University Bloomington on Saturday, May 6, 2017. The Class of 2017 represented the largest graduating class since the program's founding in 1990.

~ 10,000SCHOLARS HAVE EARNED A COLLEGE DEGREE AT IUB

1.4TIMES MORE LIKELY TO BE THE FIRST IN THEIR FAMILY TO GO TO COLLEGE

2.5TIMES MORE LIKELY TO BE RAISED BY SINGLE PARENTS

The IU 21st Century Scholars Program within the IU Office of the Vice President for Diversity, Equity, and Multicultural Affairs (OVPDEMA) has been recognized nationally for our outstanding commitment to diversity and inclusion in higher education. Below are a few recognitions our department and OVPDEMA have received at Indiana University Bloomington: 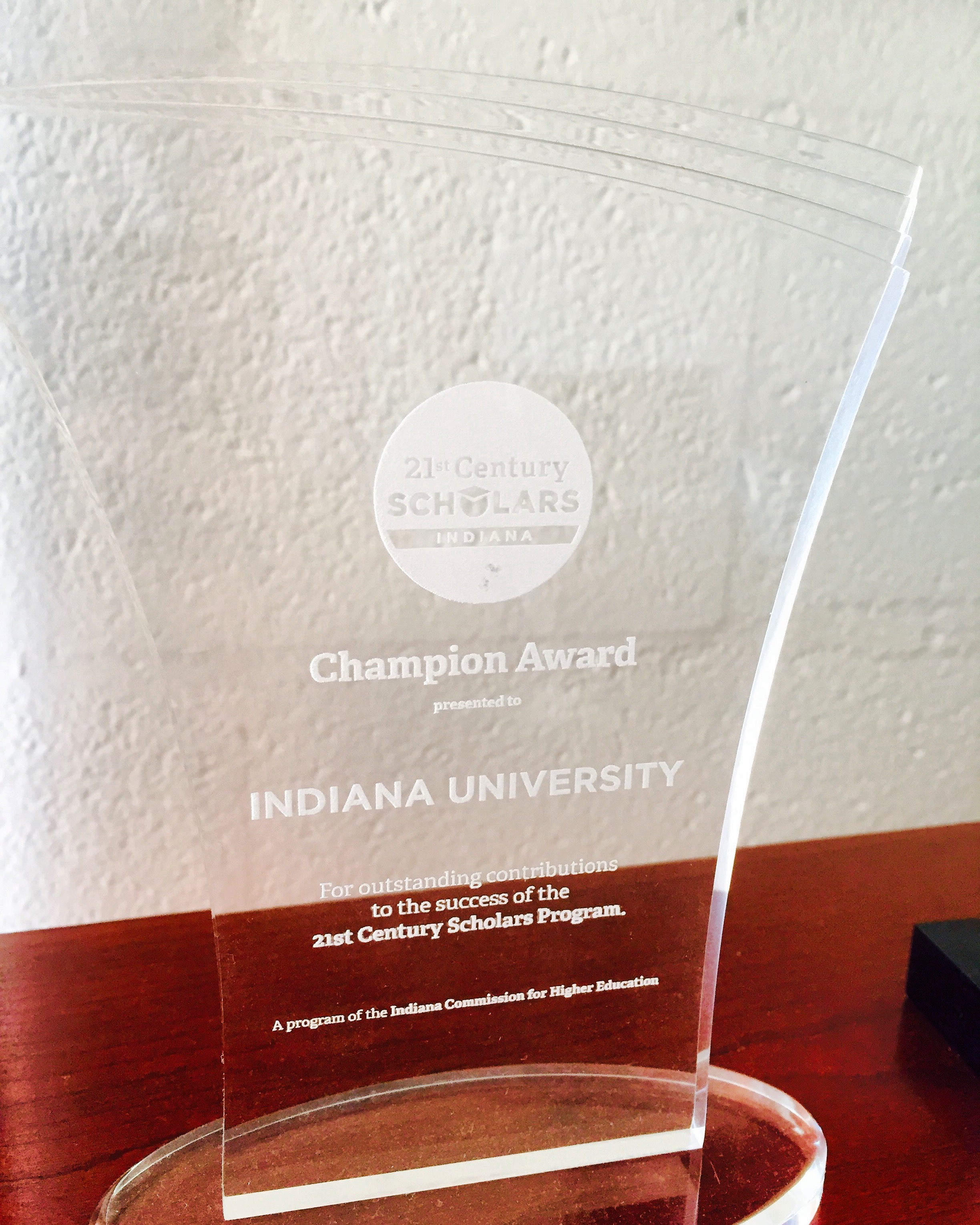