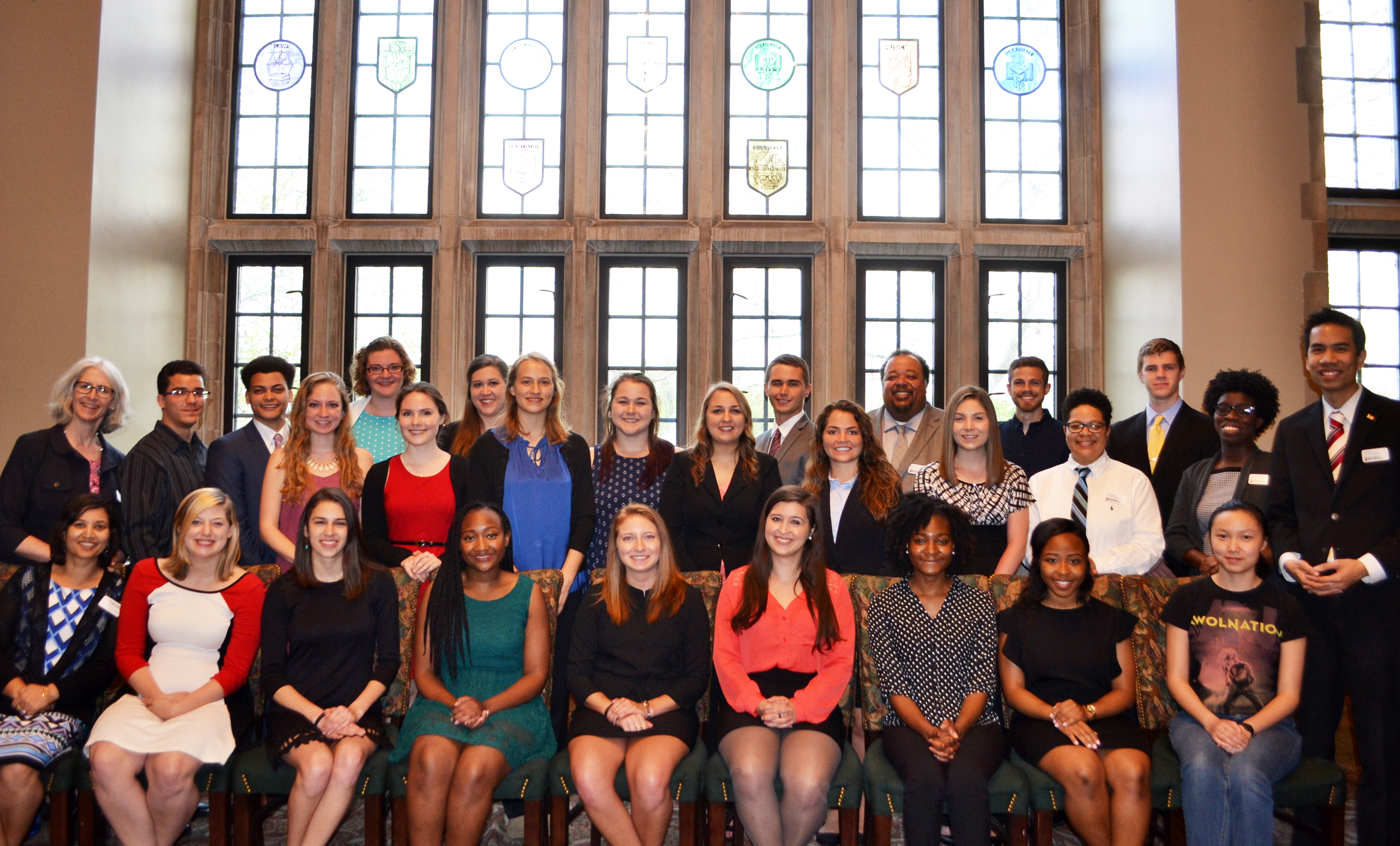 On Thursday, April 20, 2017, the IU 21st Century Scholars Program invited 30 distinguished seniors from Class of 2017 to attend an exclusive “IU OVPDEMA Scholars Recognition Dinner” in the Indiana Memorial Union (IMU) Tudor Room. Of our 581 graduating seniors, 30 high achieving scholars were selected by our department to attend a VIP dinner co-hosted by the IU Office of the Vice President for Diversity, Equity, and Multicultural Affairs (OVPDEMA) and the IU Office of the Provost.

We thank all graduating seniors for attending this year’s recognition dinner. We wish the Class of 2017 continued best with their academic and career success after Indiana University Bloomington. Please stay in touch with us!