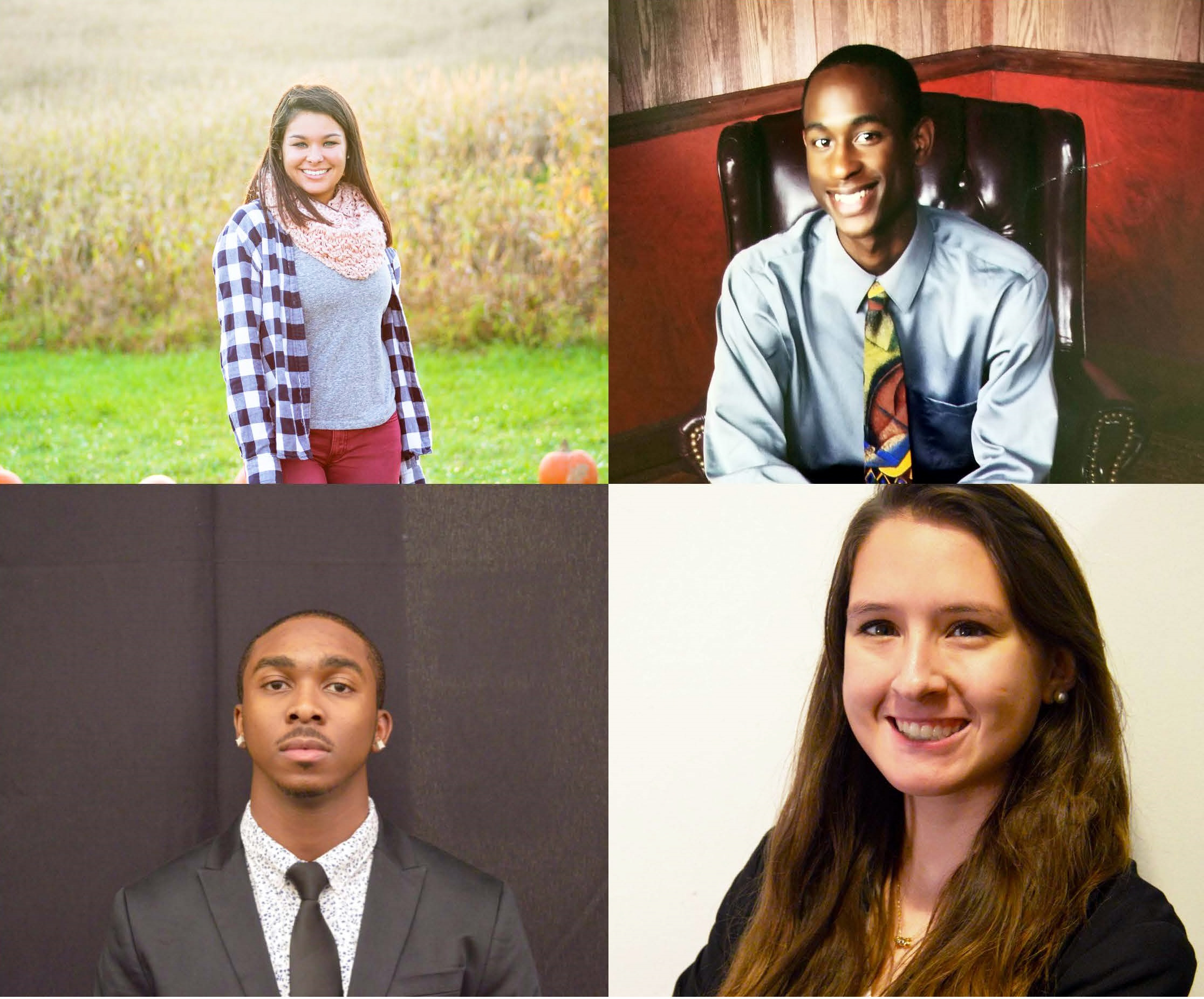 The IU 21st Century Scholars Program within the IU Office of the Vice President for Diversity, Equity, and Multicultural Affairs (OVPDEMA) is pleased to announce this summer the recipients of "2017 IU 21st Century Scholars Program Scholar Success Fund" administered by the IU Office of Scholarships and supported by the Indiana Commissioner for Higher Education (CHE). This year, five outstanding scholars were selected and named for the prestigious award for their outstanding civic and philanthropic work during the 2016-2017 academic year at Indiana University Bloomington. The five students - Chloe B. Emerick, Tiffany A. Fortney, Alve'Aire Lewis, Silvia L. Reyes, and Paul T. Smith - will receive a scholarship of $400.00 for their voluntary and philanthropic work with the IU 21st Century Scholar Volunteer Corps and/or G.I.V.E. back program.

“Our five exceptional scholars have made significant contributions to the IU and Bloomington communities – and beyond,” said Vincent E. Isom, director of IU 21st Century Scholars Program & fellow of IU Thomas I. Atkins Living Learning Center. “The remarkable service contributions they have made during the 2016-2017 academic year were testament of their unwavering commitment for social justice and their desire to pursue servant leadership.”

Tiffany A. Fortney (’17), past president of IU 21st Century Scholar Volunteer Corps & M.S. candidate in Biotechnology from IU Department of Biology, have noted “Volunteerism has taught me how to work with others, how to lead and encourage others, and the overall importance and impact that volunteering has on the larger community.” Tiffany emphasized, “The civic and global skills that I had acquired through IU 21st Century Scholars Volunteer Corps have empowered me to continue to advance myself in graduate school at Indiana University Bloomington where I can continue to work with others to reach a common goal, lead others to be the best they can be, and continue to give back to my community to make the world a better place.”

Alve'Aire Lewis, a current office student assistant at the IU 21st Century Scholars Program and a sophomore in the IU School of Informatics and Computing, have highlighted that voluntary action has taught him the value of being patient. Lewis stated, “I have realized that sometimes people may need help and may not have anything to offer in return, but just by lending a hand to a person in need it may benefit you in the long-run. It is always good to help others whenever you are able to do so because if it were you on the opposite end you would want someone to help you.” When asked why volunteerism and philanthropy are so important, Lewis said: “Volunteerism have encouraged me to build bridges between class, race, and gender in the Bloomington community and to challenge myself to create positive and lasting change in the world.”

Chloe B. Emerick, a current junior studying Elementary Education in the IU School of Education, emphasized that “…giving back just a little bit can go a long way. By volunteering in my community, I had the unique opportunity to experience how helping others can go a long way in the pursuit of equity and public justice, and why voluntary action can make a real difference to our economic, social, and civic commonwealth.” Paul T. Smith, a current sophomore studying Human Biology from the IU College of Arts & Sciences, added “Volunteerism opened my eyes to discover new things about myself that I hadn't already known. For example, I realized that I am passionate about helping other people overcome mental health disorder despite the fact that I know I'm a shy person. Through an active exploration of philanthropy and community service, I have been able to pursue philanthropic action and advance the Bloomington community for a better world.”

The “2017 IU 21st Century Scholars Program Scholar Success Fund” builds upon the legacy of former president Herman B Wells values for public service and a deep and abiding love for Indiana University. “The entire IU 21st Century Scholars Program staff are extremely fortunate to have talented and civically-minded scholars who are making a real difference for communities around the world,” said Roy Y. Chan, special projects coordinator of IU 21st Century Scholars Program & Ph.D. candidate in Education Policy Studies from IU School of Education. “We hope this scholarship will encourage other scholars to pursue philanthropic action that would enhance their ability to complete a college degree at Indiana University Bloomington,” noted Philip A. Seabrook, assistant vice president for college readiness and retention initiatives at Indiana University Bloomington.

We congratulate all five scholars for their outstanding community service in the Bloomington community.